It felt like only yesterday, but then again a hundred moons since The Opening Gathering of my Four Seasons Journey with the School of Shamanic Womancraft, when I once again travelled to the Otways Forest for our Full Moon Gathering.

A period of time in my personal life that felt overly masculine and pushed, had me deeply craving to see my womancraft sisters again and bask in the light of a silvery moon. I should probably have taken more than a cursory moment to realise that a potent gathering of women under such a full moon may have borne some challenges and illuminations that needed to be seen and felt, but that maybe I was not quite ready for.

I’m not sure about you but ever since I began tracking the cycle of the moon at a deeper level I have come to know that at the time of her fullness I am often at my most emotive and vulnerable. This is a part of myself that I have come to love and understand, but still never fully prepare for. 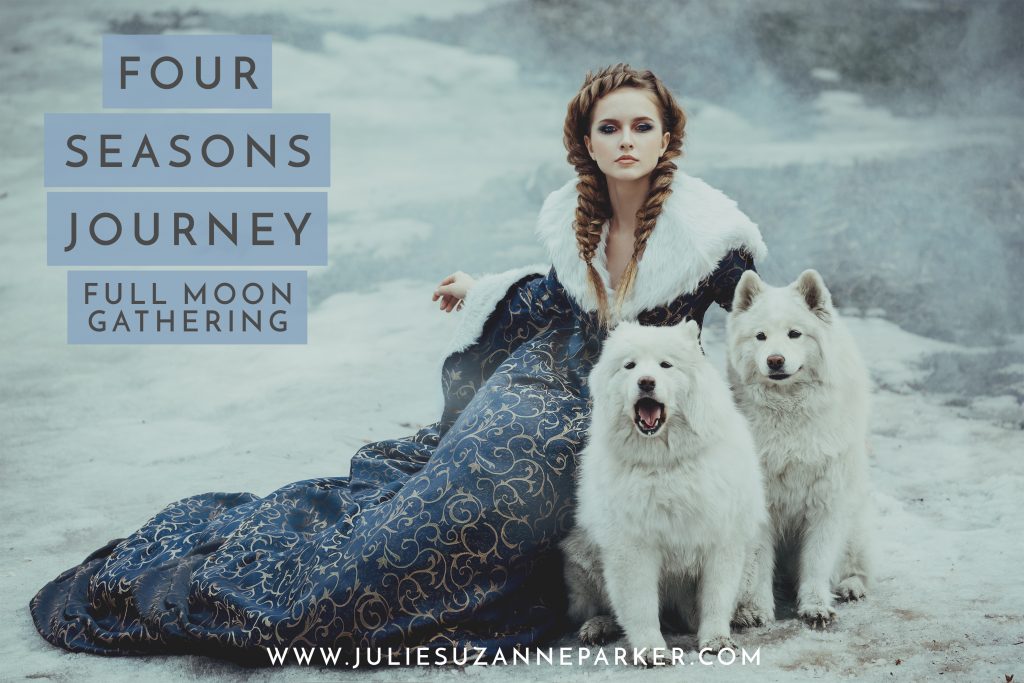 Excited at the prospect of connection, time with Mother Earth and some spirited play with my power animal, (more on that later), I seemingly ‘forgot’ that maybe this gathering for me would bring up a lot of things that would see me be teary, challenged, and even have moments of feeling deep weakness.

The challenge began on arrival where I only just managed to get my tent up before torrential rain, wind, thunder and lightning descended for the rest of the day and well into the night. Gushing torrents of water washed over our walking paths as I struggled to gain my feet and keep dry. A full facing of the elements where there was no hiding. I said a small prayer for my tiny tent to remain dry and she held for me all night. I now know we can survive pretty much anything besides artic temperatures or cyclonic floods and winds. The courage this instills in someone who is not a regular camper cannot be underestimated.  Mother made me feel with every driving pellet of rain that hit my face throughout the first part of our time together at the gathering…small. I had to breathe with her howling winds and fight an intense desire to, (as they say), pack up my tent and go home. I was to learn the following day that I was not the only one and there truly is nothing like solidarity to make you feel less alone and simply get on with it. On the day and night of the full moon while we still battled wet underfoot and a biting wind, the weather had settled to feel moody, witchy and perfect for a day filled with a combination of creativity, Shamanic journeying and healing. It was particularly for me to be a day with my power animal.

At the Opening Gathering I met my power animal in a Shamanic Journey and since that time, even though I had deeply questioned if she was really meant to be for me, I had come to deeply love her and want to dive further into her medicine.

Believing as a cat devotee that my power animal would surely be lion or tiger or panther, imagine my surprise when a cheeky platypus showed herself to me and never left my side. Coming to me in a deep drum journey she was so insistent in her presence but I was truly baffled that this native Australian creature I had barely even given a thought to, had come to me in such a potent way, firmly claiming her spot by my side as my power animal and therefore the special magic and medicine she had within her that was meant for me.

Scrambling to find out more about her, still thinking that maybe lion had gotten lost along the way to be with me (!), I choked back tears when I read the deeply significant Indigenous meaning behind platypus as power animal.

“The platypus is not only committed to seeing people merge with peace and love in their hearts, but also the empowerment of all women by reminding them of their worth, wisdom and role as sorceress and individuals charged with power to create within the dark recesses of their womb. She works to free women of all guilt and oppression and reinstate their connection to the source.

Platypus prepares you to realise and embrace the potency of your own intuition and higher levels of knowing. Playtpus listens to the heartbeat of Mother Earth for direction. She looks to her inner yin and yang for guidance, finding strength to make her own decisions. She honours her innate masculine and feminine qualities knowing that she is more than capable of navigating herself through life.

You are being urged to trust your own judgement, direction and endurance. This is the wisdom of all women – the ability to trust their intuition and consciously act with purpose.”

Playtpus you beautiful creature. Please never leave my side.

We each made a mask of our power animal which was creative and fun. And to see the animals of my sisters come to life was truly gorgeous. Big animals. Tiny insects. Creatures of the sea. And learning about the special power that each one bought to each woman was beautiful.

We also dove on this full moon day into some deep healing work. Such an experience both individually and collectively is intensely private and revealing, and shall therefore remain only amongst those who were there and the whisper of the trees of the Otways. It was one of the most moving afternoons of my life and a further confirmation to me that the path of the Priestess, spiritual awakening and embodiment can only go so far without diving deeply into one’s shadow and darker recesses to look with love at what holds us back, keeps us small and binds us from our true light. And doing this with the intensity of the full moon looming as night fell?

It was like both a dark and light mythic magick was amongst us. And it was.

As the full moon rose the clouds parted so that we could all see her shining brightly. Full moon individual and collective prayers, a rousing power animal dance in full mask and costume in the open forest and the powerful sounds of Shamanic drumming rounded out the night.

I was sad to have to leave the gathering late that night, unable to stay for the next day due to a prior commitment. One that was deeply connected to the work of Platypus, I knew I could not feel guilty or ashamed of where I was called but instead be grateful for the experience I had. As I slowly walked away from the open fire and my still dancing sisters, my knees and legs ached with both the cold and exertion of once again being tested by the land. But as I ascended from the forest with a great deal more ease and even grace than I thought I would, towards my car and back to the bright lights of the city, I felt the moon shine on my back the whole way.

I’ve got you she said.

Until we meet again next month. 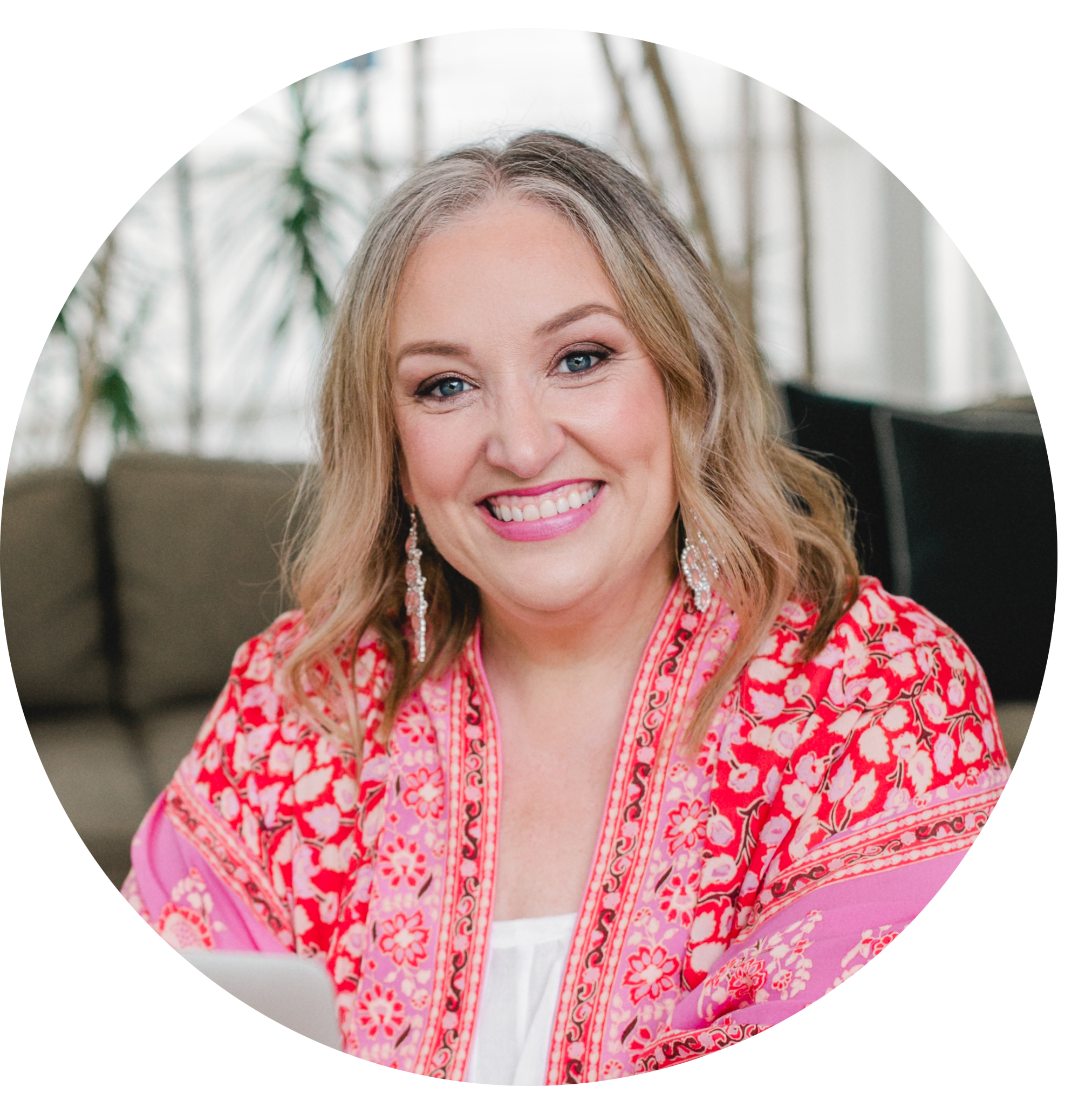