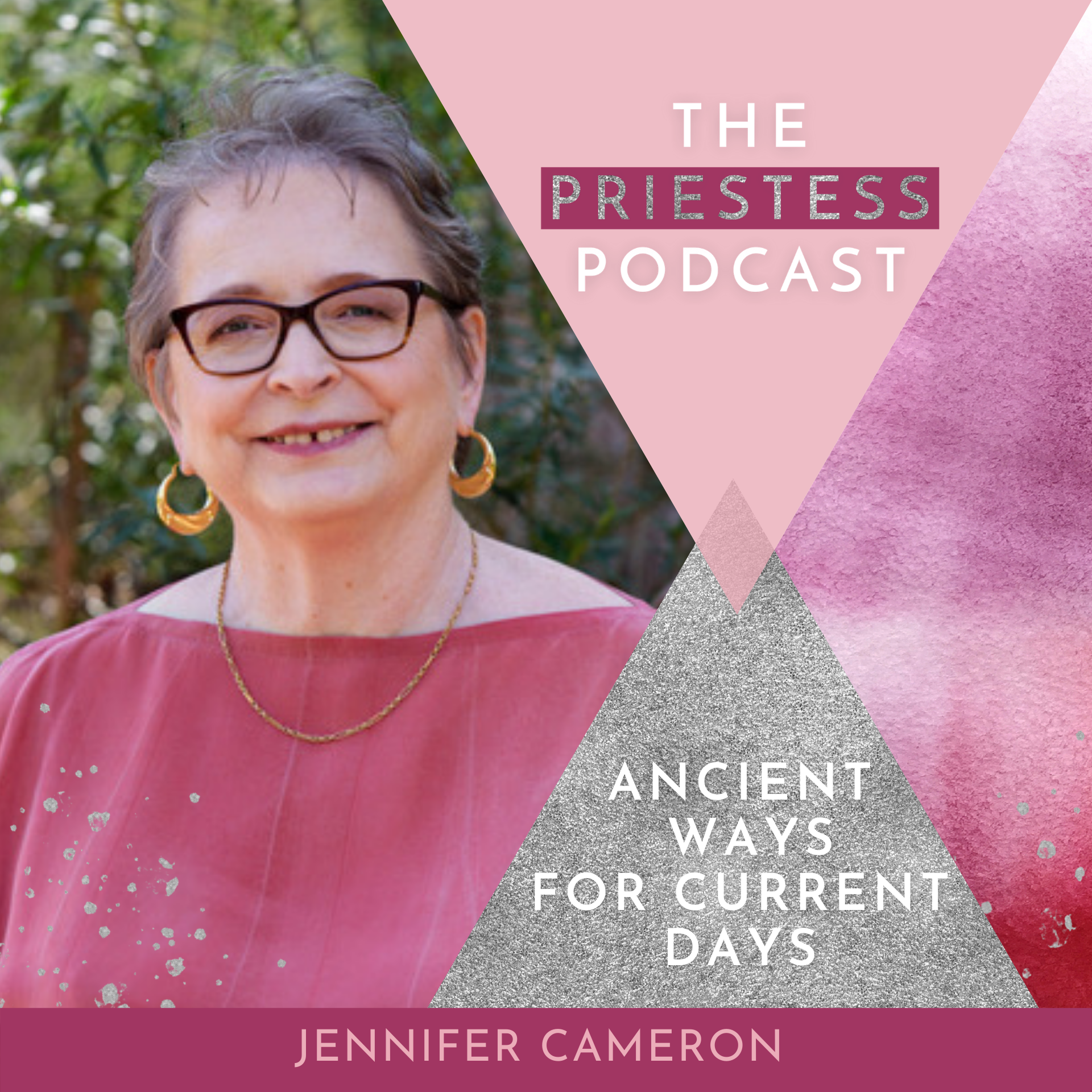 I’m not kidding you when I say that my guest on The Priestess Podcast today – Jennifer Cameron – is a pioneer of the goddess spirituality movement in Australia. An historian and priestess of the Goddess for decades, Jennifer is wise, moving and heart devoted to Mother Earth which you will hear in her beautiful words ahead. Jennifer’s latest book, Ancient Ways for Current Days, is a sacred balm to the patriarchal, oppressive and climate emergency laden issues we face as a collective right now. It brings to light the sacred power of matrifocal societies and how the ways of the old can be brought into these times for lasting impact and change. Get ready to be lit up and inspired into action as the sacred leader you already are with Jennifer by your side.

Jennifer Cameron is a Goddess woman of long-standing in the development of a female-centred spirituality in Australia. In addition to her recent book, Ancient Ways for Current Days, she has written a play ‘Out of Chaos’ performed to acclaim at the Goddess Conference in Glastonbury. She initiated the Sacred Drama Group, a first in Australia, through Gaia’s Garden which has performed at the Australian Goddess Conference; she is a founder of the Gaia Temple in Melbourne, and currently Co-covenor of it with Priestess Pia Gaia. Jenny’s approach to Goddess Spirituality is feminist and action-oriented. She sees Goddess as the life-force in everything, expressed through the natural world of which we are a part. Human beings are responsible to care for the Earth especially in Her current distress from climate change.